Despite some progress on diversity, in the upper echelons of Britain’s top companies ethnic minorities and females are still being shunted into functions which are far less likely routes into the top tier of leadership than those travelled by their white, male counterparts. 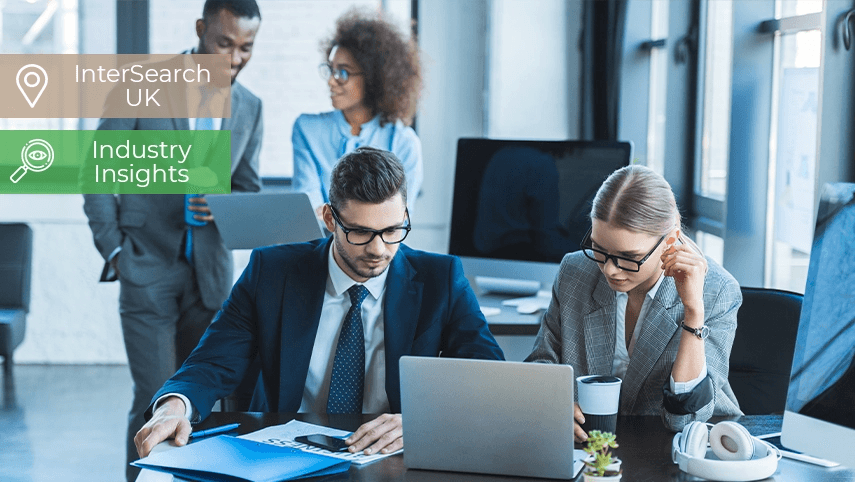 Most analyses of corporate CEO backgrounds show a preference for executives with experience in finance, sales and operations. Executive recruitment and diversity consultancy Green Park’s annual FTSE 100 Business Leaders Index reveals that Britain’s female and ethnic minority business leaders remain largely consigned to functions such as HR, Diversity and Marketing & Communications. They hold less influence, have lower salaries and are less likely to be on track to C-Suite roles.

The survey also reveals that one of the least diverse functions is Diversity & Inclusion, which is disproportionately a white and female preserve – nearly two out of three of these senior roles are filled by white women.

The Business Leaders Index shows for the first time that there are no black leaders in C-suite roles at FTSE 100 companies, dropping to zero after stalling for the past 6 years. This would appear to confirm that ethnic minority leaders are diverted towards the pathways least likely to lead to the top.

At the ‘Top 40’ pipeline level, some functions are dominated by one particular gender or ethnicity. Green Park’s research reveals that 85.4% of Diversity & Inclusion leadership roles at FTSE100 companies are held by women. 62.5% of Diversity and Leadership leaders are white women, with ethnic minority females the second most represented group at 22.9%. Ethnic minority males are the least represented in this function at 6.3%. Human Resources is also predominantly a white female enclave at 55%, while white men dominate in Digital, Data and Technology (76%), Governance and Operations (73%) Commercial and procurement (71%) and Finance (69%) – all much more direct routes to the top.

Green Park’s track record of placing 53% female and 35% ethnic minority candidates into board level roles over the past year demonstrates that diverse leadership talent is out there and that businesses are receptive to hiring diverse senior executives across a range of functions. The company has expanded its activities across the private sector and in particular successfully placing candidates in functions such as IT, Finance and Digital Technology.  The report calls for firms to adopt its own rule of requiring all major decisions to be taken by a group which is diverse in gender and ethnicity.

The Green Park Business Leaders Index 2021 reveals that while diversity as a whole has increased at the top levels of FTSE100 companies:

“The attention to diversity over the past five years is paying some dividends. We are seeing changes in the composition of the top tier of corporate Britain – though it’s patchy. Some of the improvement comes from the expansion in the numbers of certain roles – research, digital leaders, and the prevalence of some groups in specific functions such as finance. But the prospects of more diverse top leadership overall – especially amongst Chairs and CEOs – are blighted by the fact that in most FTSE companies, women and minorities are concentrated in the corporate sidelines rather than getting a crack at the fast lane to the top.”

“We must transform words and promises into action and results. We as business leaders must do more to improve the diversity of our boards and leadership teams.  What I hear from my conversations with Chairs and CEOs is a clear desire to make progress and an openness to embracing new thinking that’s needed to deliver change. I welcome the recommendations set out in this report and I encourage business leaders to adopt them.”

“We must all do better in listening to colleagues from underrepresented groups and challenge behaviours that create barriers for talent to progress.”

“In our experience, most organisations’ leaders understand reputational and brand risks and do want to change. However, while many hunger to reach their diversity destination, too many lack both a rudder and compass. Many of the organisations our Diversity, Inclusion, Culture & Ethics teams work with have been busily going around in circles and just need to be jolted back on track.”

“The challenges faced in achieving real and sustainable change differ from market to market and across each organisation, department, seniority level and diverse group. The most common mistake business leaders make is to assume a single, one-size-fits-all approach can make a difference across all areas. This is evident in our Business Leaders Index, where we see some functions, sectors and ethnocultural groups struggling more than others.”

Among the key recommendations of Green Park’s Business Leaders Index, the consultancy encourages organisations to adopt a new rule to highlight any key business decisions, such as major appointments or acquisitions, taken by a leadership team which is all male or all-white. The company’s own board has instructed that under the “Green Park Rule” any spending decision above 1% of turnover must be made by a diverse group; if this is not possible, the fact should always be reported to the board and noted in the company’s annual report. At Green Park, this rule typically covers any major investment decision, acquisitions or senior appointments.

About Green Park – the InterSearch partner in the UK

Championing diversity and inclusion since their inception, Green Park is an award-winning consultancy that offers Executive Search, Interim Management, Board Advisory, Diversity & Inclusion and Managed Service People Solutions across the private, public and third sectors.

Operating in the unique impact zone between Diversity, Brand, Recruitment, Retention & Reputation, Green Park is changing the face of leadership by helping organisations think differently about talent in the UK’s top boardrooms. In 2020, Green Park delivered over 100 Board placements across the public, private and third sectors, of which 53% are female and 35% ethnic minority.

More in this category: « Shopping after the crisis: omnichannel management remains in demand

Shopping after the crisis: omnichannel management remains in demand

InterSearch Worldwide welcomes Jyorden Tshering Misra on the Board of Directors

Which prerequisites in terms of infrastructure and battery cell production are most relevant to further spur the e-mobility trend?

More of Our Partners